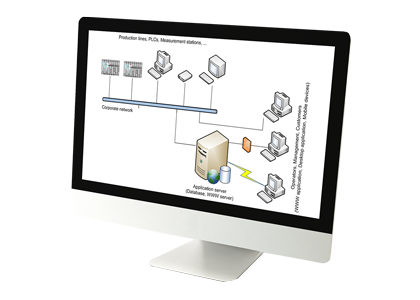 A set of applications for the visualization and monitoring of data measured on production systems. Compatible with different data sources due to the modular system of parsing incoming data. Monitoring data systems collect various data from different data sources into a central data store (typically database). Monitoring systems is designed as a client-server architecture, which allows data validation, value range checking, defined dependency values and processing of automatized and scheduled tasks.

Monitoring systems based on stable and reliable technologies: 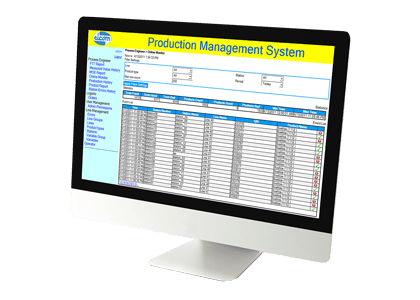 PMS allows the managing, monitoring and controlling of the quality of production through a web interface.

The aim of the system is to centralize supervision and test data storage in automotive production with using database tools. PMS logs data from production lines and controls the correction test sequence through a local network. It is optimized for logging data with very high rates – response times for each measuring device reduced to 100-200 ms. The system generates different types of reports accessible through a web interface with the possibility to print and/or download data into a local pc. Also PMS can automatically send email notifications about potential critical problems. 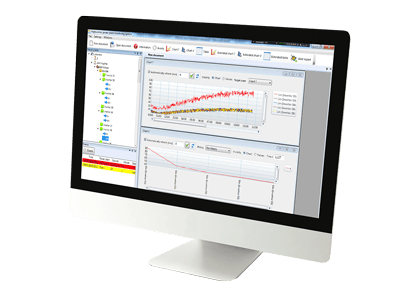 The Solar Power Plant Monitoring (PPM) system is a global system for visualization and monitoring of distributed Solar Power Plants from different vendors. The main focus of the system is to establish a dispatching center for quick response to the failure of a Solar Power Plant. The system will allow customers to overview their power plants via the World Wide Web using a web based application.

The whole system is designed in a way that all activities associated with power plant operation are made under the dispatchers control, which plans maintenance and service of the power plant in case of its failure.

The power plant is monitored by the dispatcher who performs several tasks.

Monitored data can be showed as:

The Dispatcher application allows the dispatcher to monitor and check values and manage generated events and/or alarms. The alarms list contains basic information about alarms and their severity shown by a background color. The system allows 5 levels of alarm severity. Alarms and events can be variously defined: calculated, manually described and measured (source events).

The web application for customers allows using all the advantages of the internet and World Wide Web to have their power plant under control 24/7. It shows the actual state of the power plant and selected values. The customer also can compare aggregated values in time and download values to a local PC in csv format for advanced analysis. 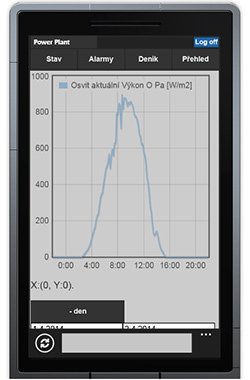